The People Behind the Airplanes – Jim Hamlett, Pilot and Author

The People Behind the Airplanes – Jim Hamlett, Pilot and Author

We like to talk about the fascinating people behind the company and behind the airplanes on the SSC blog.

In this article, we interview Jim Hamlett a longtime client and partner of SSC.

Hamlett is the author of a novel, and the owner of a small publishing company in Traveler’s Rest, South carolina“>South carolina.

Here’s a synopsis of the interview.

On Aviation and Flying 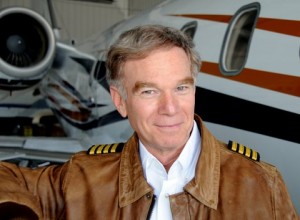 Of course, since this interview is for SSC, we had to talk about flying first.  Hamlett has been interested in airplanes since he could say the word, and wanted to get a pilot’s license at age 16.  His mother objected, and his dream was postponed until he was in his thirties with a wife and two children.  Jim obtained his license, and could have gone into the airlines but chose corporate aviation instead.

One of the advantages of corporate aviation is that the pilot sometimes gets to know his passengers.  He enjoys the people and destinations.

He notes that corporate aviation is not just about owners of companies and rich people flying around.  Hamlett flies engineers, IT people, sales and middle-management folks  to sites in remote areas where it would take people many more hours (or days!) to travel by car, or by some combination of airline flights to major airports and then renting a car to get to a remote factory or business.   Many of them simply couldn’t function without corporate aircraft. Their locations are too remote and schedules are too full of things that need to be done in person.

He was involved in dramatic production for live theater before he started writing novels, and before he started flying!  He wrote, produced and directed a play in graduate school.  The dramatic influence shows –  I had noticed from Jim’s writing that the scenes are very well “set” with great descriptions of the environment and a use of words that really creates an atmosphere.

Jim Hamlett started a novel about aviation when he was in his forties, but quickly learned that writing a novel is much more difficult, and requires much more skill, than he had realized.   He set the book aside and began studying the craft of writing.

One piece of advice he was given was to study great writers. He made a careful study of fiction as a craft. Since he had a background in software development, he even developed a simple program (a Microsoft Access database) of some of the best passages of works he admired for particular reasons –a setting description, a plot device, a character description, and so on.  Some of the writers he studied include these:

The writer that had the greatest influence on his craft was author John le Carré, who had worked for the British Foreign Service and was famous for spy novels set during the cold war, including The Spy Who Came In From the Cold.  le Carré also later wrote The Constant Gardener.

This penchant for deep research shows in Hamlett’s writing.  To write the book Moe, the author had many conversations with people who were experts on the topics covered in the book, including people involved in the social services system in Scotland, people who had grown up in Scottish orphanages and remember when the decision was made to close orphanages and place children in foster care, barristers in Scotland, and people who are dwarves or “little people” as they call themselves.

He had many of these experts review parts of the book as it was being written, to ensure that it gave a true representation of times, places and even feelings.  May Ewing, who had grown up in a Scottish orphanage, said she cried when she read the scenes set in the orphanage because they brought back the experience so vividly.

So by now you’re probably curious about the book.  Moe is a novel, not quite an allegory but with a lot of deep symbolism, about a young man who applies for a job as an Assistant Pastor of a church in South carolina.   This young man also happens to be from Scotland, a dwarf, and as far as he knows, an orphan.  His name is Moses Mackenzie, but as he introduces himself, he says “But all my friends call me Moe.”

Meanwhile, the church in South carolina is not without problems and complexity.  The pastor, Kirk Vaughn, is in the midst of coping with his wife’s serious illness and his best friend’s sudden mysterious demands on his time, all in the midst of the usual politics and administrivia of running a church.

The book does not expound on a moral theme, it just gives us a spectator’s view of how the characters deal with many of the barriers to friendship that everyone shares – subtle prejudices toward people who are different, suspicions about people’s motives, the many demands on our time, the pressure to hide our weaknesses, the dread of embarrassment, miscommunication, awkward silences and sometimes outright disagreements.

The author indicates that he wants to do more than just entertain the reader, he wants to make him think.   That may be true, but the result is a great story with very “real” characters, settings and situations that is easy to get lost in.

Graceful Word is Hamlett’s publishing company, based in Traveler’s Rest, South Carolina.   He is currently working on the sequel to Moe, which takes place immediately following the current book.  Hamlett plans at least three, or perhaps as many as seven, books in the Moe series.

He is also planning to resurrect the aviation novel, which includes the conundrum of a pilot who can navigate the most difficult skies but has no idea where the rest of his life is going.

There are also plans for books about aging missionaries among tribes in exotic places facing the realities of eventually being unable to serve their flocks, and historical novels about the Huguenots – members of a French Protestant movement whose numbers peaked in the middle of the 1500s. A number of Huguenots settled in the southeastern United States.

While these are the writing projects on Hamlett’s desk, he insists that the idea of the Graceful Word is larger than one writer. (Even one very busy writer!)

“In fact, we are so committed to having a fellowship of writers that we insist on referring to ourselves in the plural.”  He says. 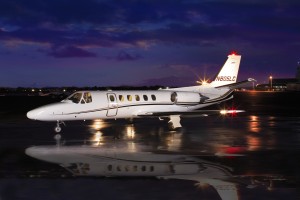 Speaking of friendship, Jim Hamlett and Jim Alexander (the owner of SSC) have a friendship that goes back almost 30 years.  Alexander helped Hamlett with his multiengine and commercial pilot licenses.  Hamlett’s employer  purchased the Citation II from Alexander and leased it back to them for  management, so he’s gotten to know Steve Wiley, Brad Searls, and many of the other pilots and maintenance personnel.  “SSC does a great job of getting people where they need to go while managing the cost; and always meets the very strictest safety standards. Hamlett flies as a contract pilot for SSC occasionally.”  He says.

Where to find Moe

You can buy Moe directly from the Graceful Word website or Amazon.com.  Electronic versions are also available through Amazon, Barnes & Noble, and the Apple iBook store.