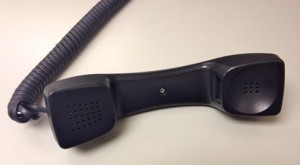 From the Director of Maintenance

We all read Brad’s newsletter article in the last issue of Perspective about how proper communication is vital to aviation safety. In the article Brad discussed how improper communication between crew, crew to air traffic controllers, or crew to maintenance could cause an unsafe outcome.

Just recently I had a situation where a pilot returned from a trip with a squawk concerning an auto pilot mode selector switch that was not working properly. After discussing with the pilot the problem and questioning him I understood that the backlighting for the switch was flashing on a perfect rhythm like the system was made to do as a warning. So away I went troubleshooting the situation. I searched through the maintenance manual, the pilots handbooks, and also asked the Chief Pilot if he had ever seen this situation. After all of that I called Tech Support and they also were scratching their heads because they had never seen the problem before. Since we could not determine the problem we decided that the only thing we could do was wait and see if the problem would happen again. So we left the problem alone.

Later the same day the copilot and I just happened to be talking about the situation and he mentioned to me that the switch backlighting was not flashing, but was flickering like it was a loose bulb. So with that new information I went and pulled the switch out and noticed that one of the two lamps had a loose filament that was probably bouncing around and making contact causing the lamp to flicker. I changed both lamps and within ten minutes of finding out the new details from the copilot, I had the problem fixed. The incorrect information from the Captain had lead me and a few others on a wild goose chase that wasted about an hour and a half of my day. Just the difference between the word flicker and the word flash caused a lot of confusion.

The other problem with the situation was not only the verbiage that was used to explain the problem but also the pilots comprehension of the problem. First off, he had in his mind that the problem was a flashing light and not just a loose bulb flickering. Second, instead of trying to gather information that could be passed on to maintenance he pushed the light to reset it. So when he was questioned about the problem from maintenance he had no information to give them other than the squawk. Since maintenance teams are not usually on board the aircraft when there is an intermittent problem, it is imperative that the flight crew gather as much information as they can. It is also imperative that the maintenance team ask as many questions as they can to understand the situation that occurred. This way both the crew and the maintenance team can get a better understanding of the problem.

This situation ended up taking more time than was needed to figure out due to improper communication between crew and ground support. It was not a safety issue, but ended up costing the company valuable time. Just the difference in a word used to communicate could end up costing you $200.00 vs $15.00. With the cost of aviation on the rise the old saying “Time is Money” is still very true today. So it is very important to communicate properly with your maintenance team when problems arise.