Hangar Talk – For Your “Trans-ponder-ance!”

When I began my employment here at Special Services Corporation, I was not completely sure what I was getting into!  Sure, there had been multiple opportunities in a dynamic and challenging environment like SATSair, but after spending the past three years and 9 months at Donaldson Center as a sheet metal mechanic at Lockheed Martin I was not sure how things were going to work out at Special.  For those who never have had the opportunity to work for a large military contractor like Lockheed, it is a very different environment compared to the world of general aviation.   In many ways, the transition from GA to Lockheed and back again was a tremendous culture shock initially, but there were three valuable lessons learned in the process: 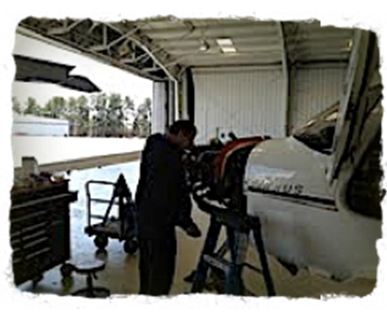 First, humility is an absolute necessity when it comes to aviation. This has never been easy, particularly because all of us struggle with pride, but the truth is that the knowledge base in aviation is so broad that it is difficult to master even a fraction of what is out there. A lot of excellent mechanics I knew struggled with working with and relating to others, and getting them to pass on some of what they knew was sometimes a real challenge.  One particularly cantankerous fellow was the unquestioned expert on the installation of a P-3 chaff dispenser mod.  Nobody wanted to work with him because of his manners, but whenever we had questions, the pride had to be swallowed and his advice sought.  Working with others and learning from others is a real virtue indeed!

Second, there is value in hard work.  Achieving that was a struggle in a government contract environment, but at the end of the day, the feeling of accomplishment of a job well done with the appropriate margins of safety is priceless.

Third, the success of a company is absolutely dependent on its people.  The future depends primarily on the character and secondarily on the skills of its workforce.  Attracting and retaining talent is always difficult for any company, particularly when the company is in the middle of layoffs like Lockheed was when I was there, but it hurt us tremendously when we lost some of our best and brightest to other companies in the process.  By the way, we have the best team at Special Services that I have ever worked with. It really does make a difference!

It has been good to be back in general aviation again, and I thank Jim Alexander and the team at Special Services for giving me the privilege to take part in our mission here.  The future looks bright, I love it here, and I look forward to taking part in accomplishing our goals!